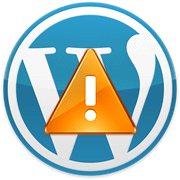 WordPress 3.4.1 fixes a security issues and has some extra security hardening. The vulnerabilities in WordPress 3.4 contained a potential information disclosure and a bug that affected multi-site installs with untrusted users. Also today, WordPress 3.3.3 was released as a security fix.

Here's a list of WordPress 3.4.1 bug fixes from WordPress.org:

If you have not upgraded to WordPress 3.4 yet due to a plugin or theme conflict, a WordPress security release was also released for you today. Please upgrade to WordPress 3.3.3 ASAP.

WordPress Security Fixes in Version 3.3.3 from the WordPress Codex:

Important! It is strongly advised that you log-in to your WordPress Dashboard and update now. If you do not see the update flagged in yellow at the top of your Dashboard, from the sidebar go to Dashboard > Updates >and install the update. Or you can download from http://wordpress.org/download/release-archive/.

Note: Be sure you create a full backup of your database and files before updating.

I just upgraded WPSecurityLock.com to WordPress 3.4.1 and it was very smooth. There was a database update required so be sure you stay at your browser when doing the auto-update and follow the instructions.

Let us know if you had any issues when updating to WordPress 3.4.1.  Did you find any WordPress plugin or theme conflicts? Please leave your comment below.