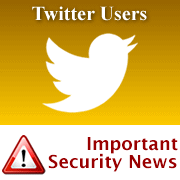 On February 1, 2013 Twitter announced to the public that they suffered a security breach and your account may be affected. This week, we detected unusual access patterns that led to us identifying unauthorized access attempts to Twitter user data. We discovered one live attack and were able to shut … END_OF_DOCUMENT_TOKEN_TO_BE_REPLACED

Twitter Security Warning for All Users - Beware of CNBC.com Spoof Messages and Spam We have a security alert for all of you Twitter fans out there. Recently we have seen a few cases (okay, maybe more than a few) of people who have had their Twitter handle post things that they did not intend to be … END_OF_DOCUMENT_TOKEN_TO_BE_REPLACED

On October 13, 2010, Dan R. Morris, Twitter Strategist and Local Marketing Expert, joined us as our Guest Expert at the Website and Internet Security Telesummit - October 2010. Daniel R. Morris is the also author of the book, "Twittr Glitch," Your Guide on How to Solve Twitter Problems. He gave an … END_OF_DOCUMENT_TOKEN_TO_BE_REPLACED 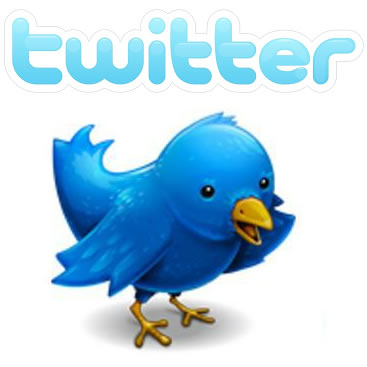 Although this is not a WordPress issue, we want to inform our readers about a hacker attack on Twitter today. Breaking News: Twitter Hacked by #TurkishHacker? On Monday, May 10, 2010, we noticed several tweets to the hashtag of #TurkishHacker. These indicated that a malicious hacker has hacked … END_OF_DOCUMENT_TOKEN_TO_BE_REPLACED