You are here: Home / Archives for kdjkfjskdfjlskdjf-com/kp.php 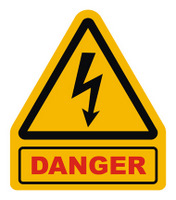 On May 1, 2010, Hosting providers were hacked again with malicious attacks similar to last month containing the kdjkfjskdfjlskdjf dot com code. WPSecurityLock has reported several sites that have been hacked for a second time. The variation appears to be the same script redirecting to different … END_OF_DOCUMENT_TOKEN_TO_BE_REPLACED