Largest-ever U.S. Prison Sentence for the TJX Hacker. Is it Justice? 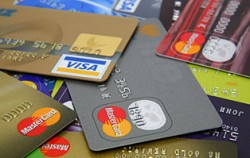 After reading the headlines about the TJX hacker being found guilty and sentenced to 20 years in prison on March 25, 2010, it didn't leave me with a warm, fuzzy feeling. Why? Because of whom he worked for, why he did it and how many more are out there.

Albert Gonzalez, known as the “TJX Hacker,” organized a gang of cyber thieves to hack into computer networks supporting major American retail and financial organizations. It is said to be the biggest such fraud in history.

He and his accomplices used SQL injection and packet sniffer malware software to break into computer networks to steal credit and debit card information.

I found this interesting video from 2007 when they reported the TJX hack data breach before they knew who it was.

At his trial, they discovered that while he was running his three-year crime spree targeting TJX and various retailers, he was an undercover informant for the US Secret Service, earning $75,000 a year.

In 2003, Gonzalez (a so-called reformed hacker) avoided jail time by helping federal agents identify his former cohorts of an online underworld where credit and debit cards were stolen, bought and sold.

It was said that this was the largest hacking and theft of credit and debit card information ever successfully investigated and prosecuted within the United States.

Besides being paid by the U.S. Secret Service to help catch cyber criminals, while being a computer hacker himself, he's arrogant too. He gave himself a $75,000 birthday party and complained when his money-counting machine broke and he had to count $340,000 by hand. Poor baby!

Then he tried to play the “poor me” card with the judge for a lesser sentence. He claimed his motivation to hack was out of curiosity and his obsession with conquering computer networks. Plus, he claimed to have Asperger's syndrome and a computer addiction (which was disproved by a psychiatrist). Obviously, his pity party didn't work because he got the maximum sentence of 20 years.

And here's the real kicker. In court, this guy tried to dispute the $200 million in losses he caused to the companies and banks. He claimed that some of the cost could be attributed to negligence by TJX.

He has another huge hacking case pending against him where he's stolen another 130 million card numbers. Fortunately, for him, he'll be serving both sentences simultaneously.

Gee, don't they get to use computers in prison? I wonder if he'll earn that privilege if he reforms himself again.

Due to this malicious hacker, the damage to the retailers, banks and insurers is tremendous. They've lost hundreds of millions of dollars. The retailers have suffered countless investigations, have class action lawsuits filed against them, and their reputations are at stake.

This case took a long time to solve and there are so many more computer criminals out there hacking out of curiosity, habit and obsession. If you suspect or know someone committing computer hacking, fraud and other Internet-related crime, please report it to cybercrime.gov.

One of the ways that the computer hackers got into these networks was alarmingly easy! Because the wireless networks were not secured.

Have you made your wireless network in your home or office secure? What do you recommend to our readers for securing their computer networks? Share your thoughts below.

Have you made your wireless network in your home or office secure? What do you recommend to our readers for securing their computer networks? Share your thoughts below.